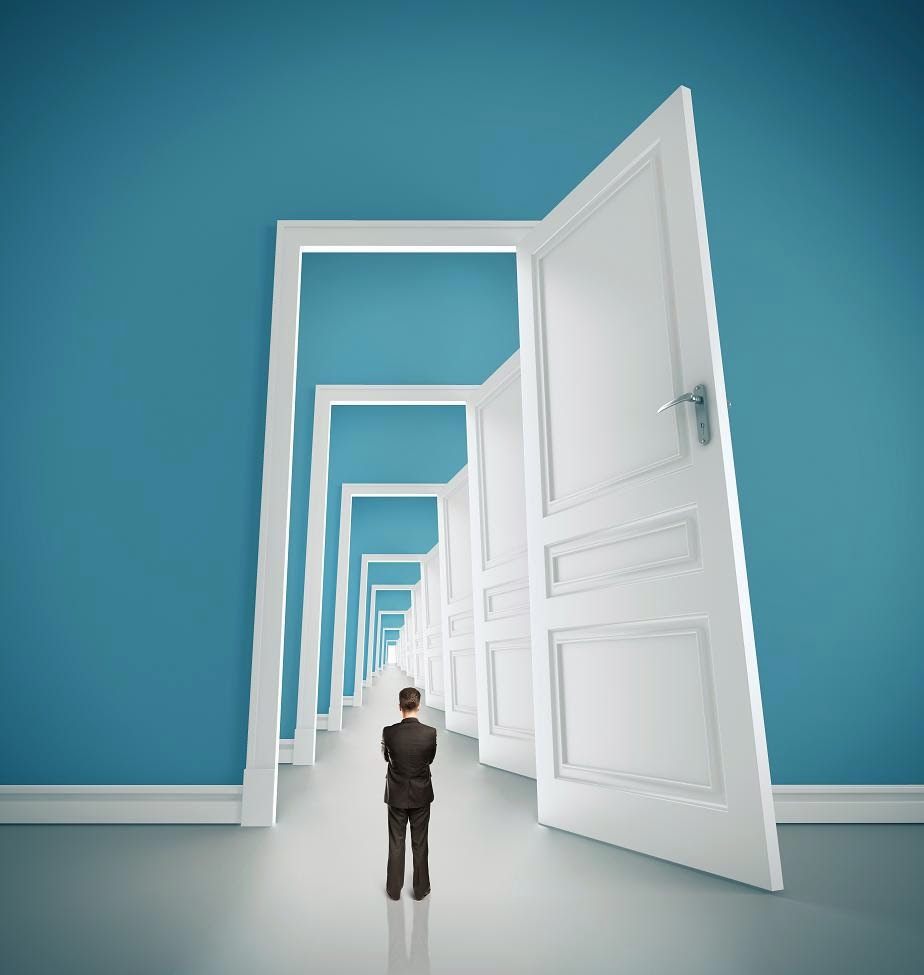 Singing, "Look who's here!"
Beginning to sail on a dime.
That faraway shore's
Getting very near!
We haven's a thing to fear ---
We haven't got time!*

Of course, we all have that movie fantasy that we will be seen on stage, in an audition or more and more now, on youtube, but the reality is that you need to get out there and do some work. We are lucky here in the U.S. that there are open calls for lots of non-union (however hellish those calls can be) theatres. They exist and you can show up and be seen. There are also E.P.A.s (Equity Principal Auditions) and E.C.C.s (Equity Chorus Calls) and, although casting from the E.P.A.s and E.C.C.s is often not the norm, there is still a chance.  Even if you're non-union:
(With So Little to be Sure of) and even if you might not get seen:(Merrily We Roll Along) (...roll along, following dreams), it is ALWAYS worth turning up.

But we are sometimes seen. And those 2 minutes (if you're lucky) in the room are not always enough for a casting director to give you a job or even remember you. And let's face it, we have all had those 2 minutes in the room when we bomb and wish we had not shown up at all.

They're slamming the doors,
Singing, "Go away!"
It's less of a sail than a climb.
That faraway shore's
Farther every day.
We're learning to ricochet.
We still have a lot to say...*

No matter how many times I am rejected, I still have a lot to say! You are in for so much rejection and you have to accept that or you are not going to survive in this business. Before acting full time, I was a teacher and I got almost every job I applied for. That is certainly not the norm in acting. Looking for jobs and going to auditions does not equal getting a job! It is the norm NOT to book the job. But every audition is a chance to meet a new casting director or remind a familiar one about you and your work.Chances are that you are not going to be plucked from obscurity and rise to fame. So how can you help yourself?


Brette Goldstein chatting about casting. She knows her stuff!

SInging, "Here we are!"
We're filling up days on a dime.
That faraway shore's
Looking not too far.
We're following every star  ---
There's not enough time!*


All of this takes a lot of time. But it is our job. It is part of being an actor. And often we think that when we have an agent or a manger, s(he) will do it all for us. Not true. I happen to be lucky enough to have a wonderful manager, Kathy Olsen: Encompass Arts, and I know she is looking, submitting and fighting for me every day. But we are a team. I have to do my share. She can tell a casting director that I am wonderful, but it will be better for all of us if that casting director has met me. There lies the position of strength (or weakness if I bombed the audition, but let's not dwell on that!).

So, do your share. There are many actors of the old school who are appalled that we pay to meet casting directors. But it is a reality of the business today and when you meet the good ones, not only is it worth meeting them, you are paying to learn something from them too. I am not a Pollyanna (despite my name) and I know there are times when you feel it has been a waste of time or you go to an E.P.A. to perform a monologue for an intern examining his navel. BUT, you take the risks and you have to be in the game. And you do not know where that intern is going next. There is no point bitching and complaining. Do something. Meet casting directors:
All of the above seems so simple but often we need reminded. I'd like to share a couple of anecdotes about why and how I think I was lucky enough to be in those situations. In short, I followed the above list.

I first met Judy Bowman at The Network. I liked her immediately and I was able to mention the name of a friend I had worked with whom I knew Judy liked. I then went to see a play Judy had cast at the Mint and when she called me in to audition for a short film, I was able to talk about how much I had enjoyed the pIay. I have kept in touch with postcards or emails (not too many)!  Brette Goldstein (see above video) offers great advice to treat the relationship like dating. We do not want to seem too desperate. Just be sensible and a real person! Don't send emails or postcards if you have nothing to say. And do not add them as a friend on facebook unless you really have a relationship with them.  Katja Blichfeld offered similar advice and was so spot on about being a real person and not going to meet the same casting director every week at networking events. They can smell the desperation and you have to trust that they are good at their job and will remember you. Lucky me that it took one meeting (this is NOT the norm). I met Camille Hickman briefly at The Network and over a year and half later she recommended me to a colleague for a role. Thank you.
Michael Cassara seems to know everybody! He is clearly very, very good at his job. I first met him when my friend Jean Ann Garrish invited me to his birthday drinks. Then NYMF open call, Meals for Monologues and an E.P.A. (by this meeting, I was confident that he remembered me). A couple of months ago, I had a missed call one Saturday night from Michael (that's how hard he works) inviting me to audition for a project he was casting.  I said "I didn't submit." He said "I know, but I thought of you." This is a man who knows his client and knows the actors to call in.

Wise Words from Michael Cassara. The video is a couple of years old but the advice is still relevant.

I first met Holly Buczek when she was working with Michael Cassara (an E.P.A.). Then she called me in for a job I submitted for on Actors' Access. I met her again at Meals for Monologues and then at Audition Update's meet and greet (when certain actors thought I was Joy Dewing, but that's another story). Holly remembered me (and my friend Vanessa Spica who has been called back by Holly before) so we chatted and had a glass of wine. She is definitely NOT A BITCH (all actors should get this inside joke). I also bumped into her on the 42 crosstown bus (but that is not really something you can pursue as with the other examples above!).  A few weeks ago, I returned to New York after a visit to Scotland for the holidays and I saw Holly on facebook looking for a reader for her callbacks (for Joy Dewing Casting) the following day. I offered my services but she already had someone. Then the morning of the callbacks she sent me a lovely message asking me to come in that day to be seen. Again, I had not submitted, but I had come to her mind as being right for the project when I offered to be a reader. I went on to book the job.

We're banging on doors,
Shouting, "Here again!"
We're risking it all on a dime.
That faraway shore's looking near again.
The only thing left is when,
We know we should count to ten ---*

Posted by The Actor's Friend at 8:05 PM No comments: